Investments in Hungary Reached New Highs in 2021 Yet Again 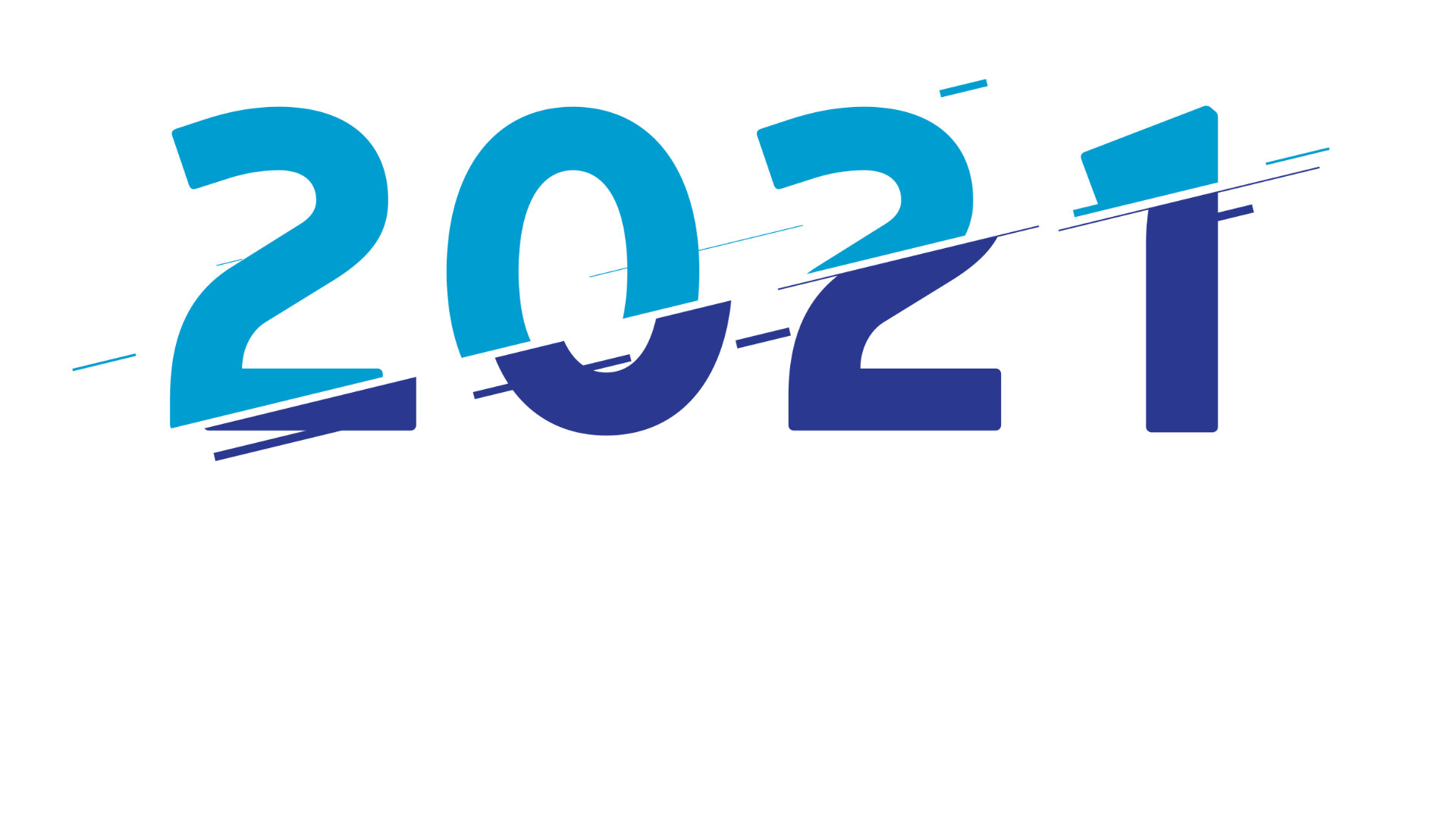 Hungary witnessed a record investment volume of EUR 5.9 billion and the largest single FDI (foreign direct investment) greenfield investment ever in 2021 which makes the past year the most successful one of all time from the perspective of investment promotion. Out of the 96 large FDI projects, eight deals were closed in value of over EUR 100 million. Whilst the FDI landscape was predominated by Eastern stakeholders with roughly 60% of investment share, electronics attracted the most capital from abroad as far as sectors are concerned. Hungary's investment promotion efforts were recognized on the global scale with reason. 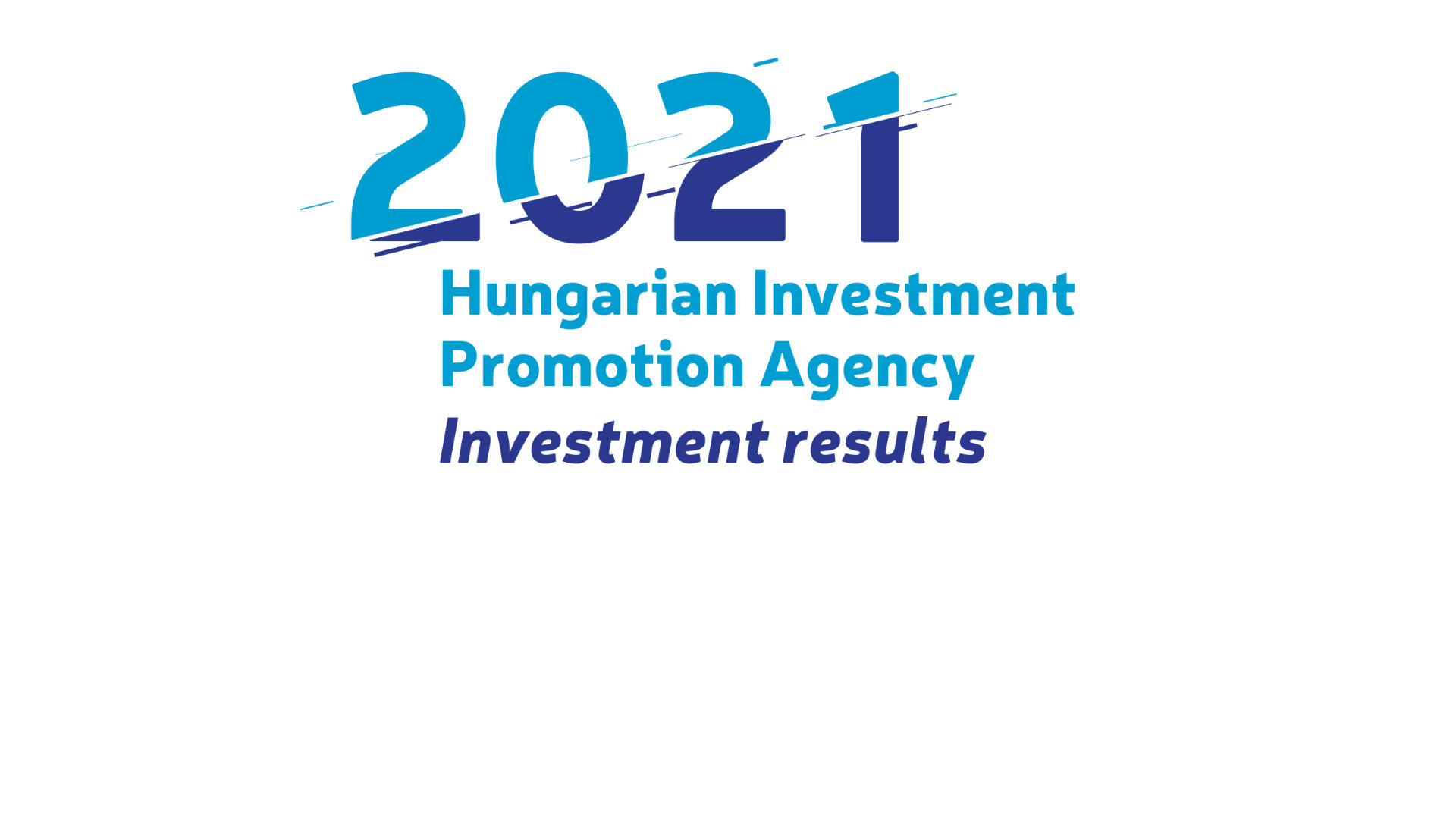 Investments handled by the Hungarian Investment Promotion Agency (HIPA) were characterized by unprecedented activity in the year of 2021. Deals worth nearly EUR 5.9 bln were closed, surpassing the previous record in 2019 by over half a billion euros. The all-time high investment volume materialized in 422 projects that created 13,883 new jobs. Out of those, the 96 large FDI projects completed throughout the year represented investments of EUR 5.3 bln and 12,009 new jobs. The remaining 326 COVID-specific projects generated capital investment of some EUR 600 mln. In total eight deals worth over EUR 100 mln were closed in 2021. 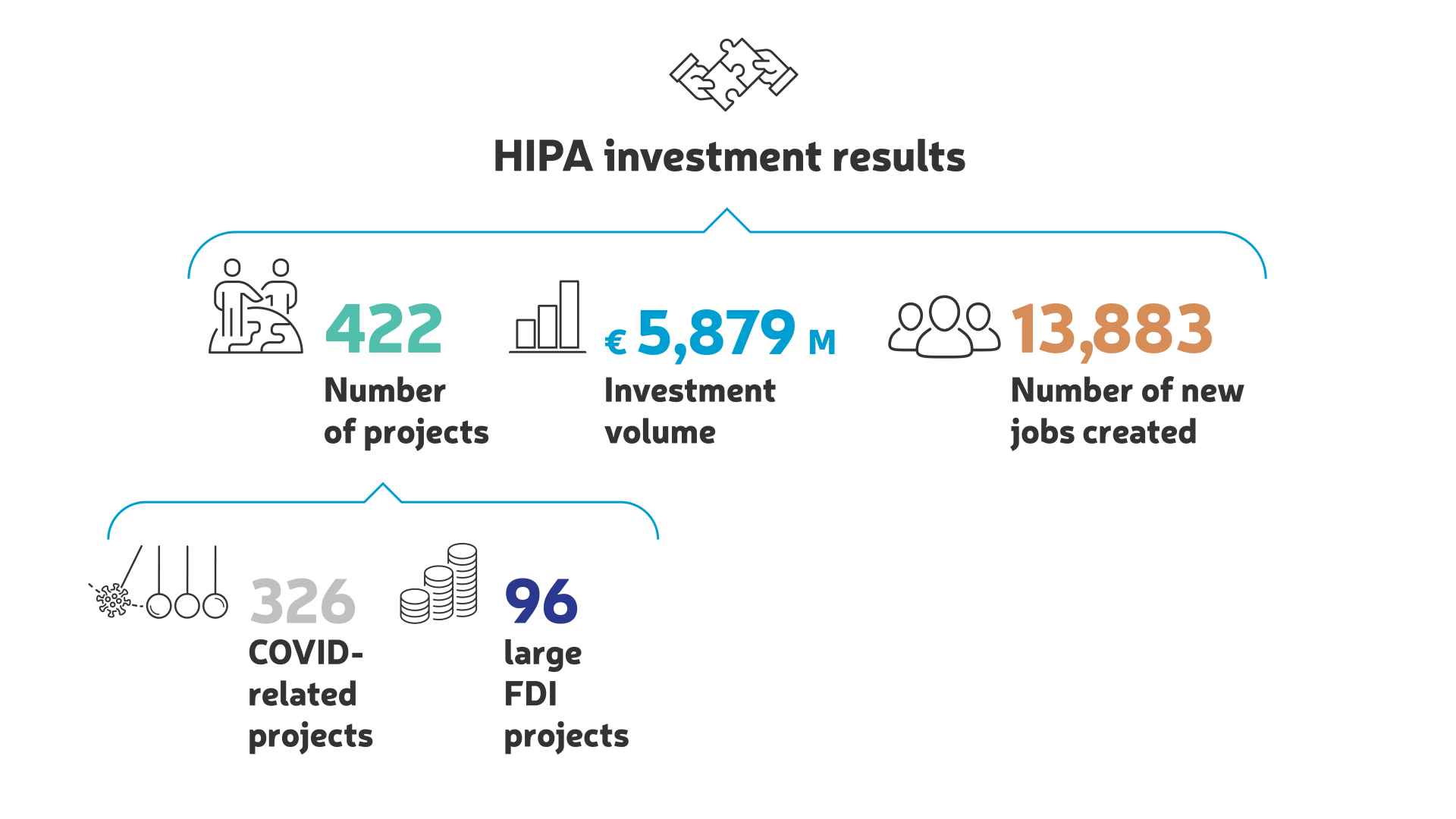 SK Innovation launched Hungary's largest greenfield FDI project ever, worth EUR 1.9 bln. The South Korean company is building a battery plant in Iváncsa to employ 2,500. The investment is significant not only because of its volume but also for the strategic reason that this way Hungary can further strengthen its role in e-mobility in Europe. Following 2019, Korea was the number one investing nation in Hungary for the second time in 2021, and investment volume from Korea represented more than half of the large FDI deals. 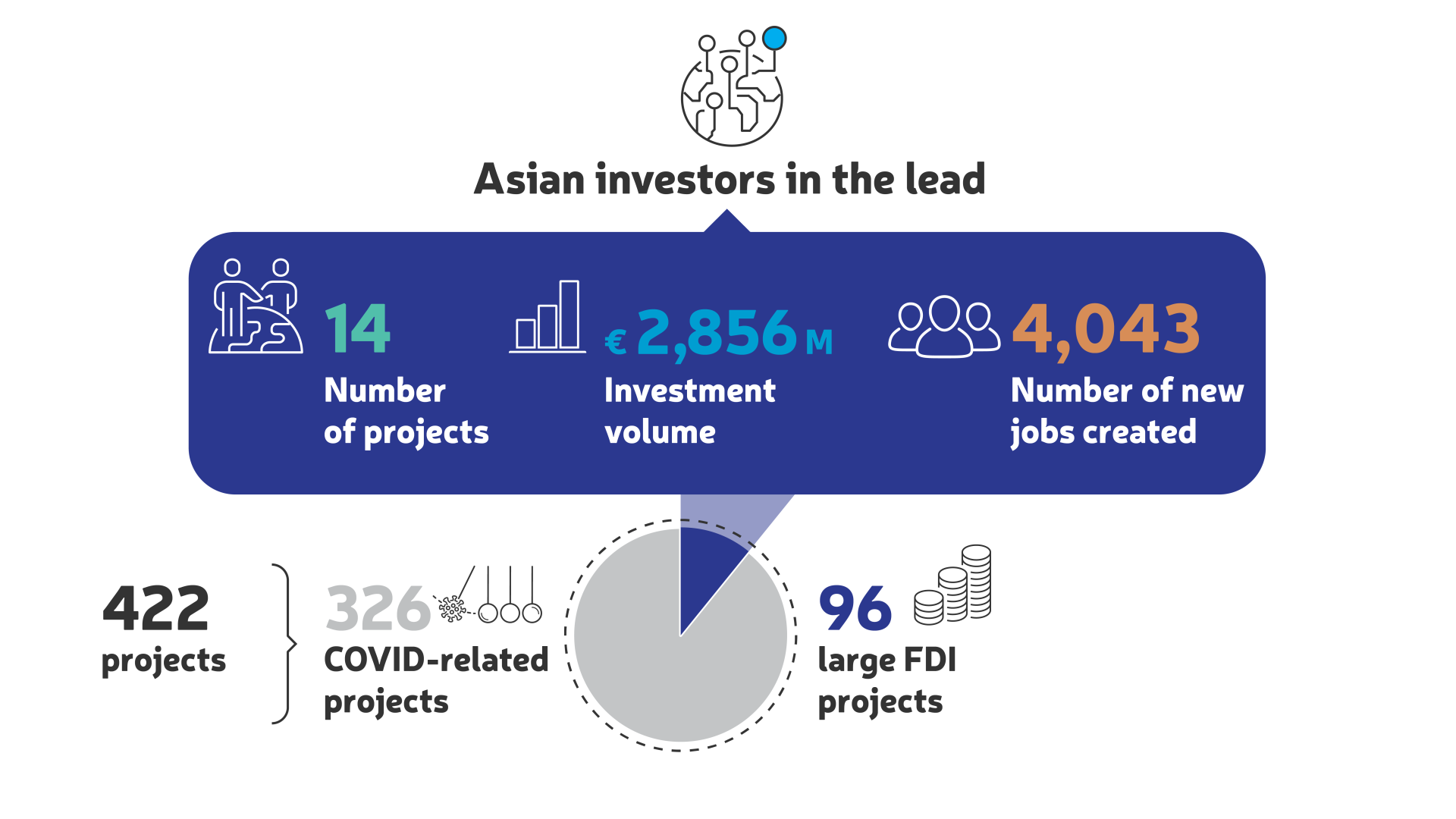 Large FDI projects: Eastern investors switched into even higher gear than before

A more detailed analysis of the 96 large FDI projects clearly indicates the continuation of Asian investors' activity whose share of 47% in 2020 surged to 60% in 2021 in terms of the total annual investment volume. Another look at geographic aspects shows that German-speaking countries (Germany, Austria, Switzerland) remained crucial as they account for one third of the projects. Germany alone was involved in 24 deals, the highest number of projects per country, which demonstrates that a close relationship was maintained with German and other European partners as well. The U.S. was equally very much engaged, being the third biggest foreign investors with 11 projects and a 7.3% share of the total investment volume. 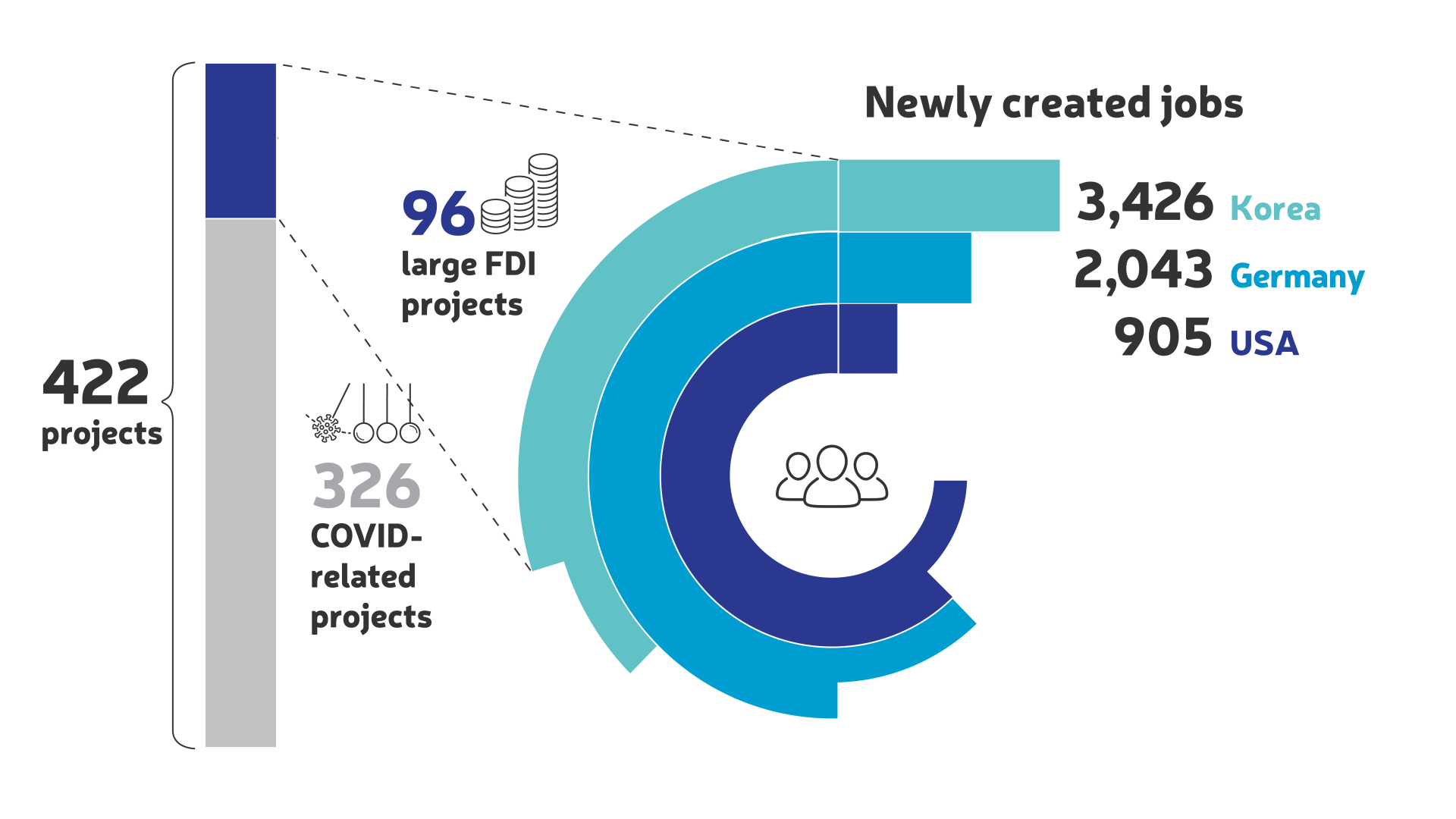 The electronics sector, including battery manufacturing, represented over the half (51.9%) of the investment volume. The second and third most foreign capital volume gravitated towards automotive (12.5%) and food (11.1%), respectively. It is worth note that agreements were made with 19 companies in the area of high value-added service activities, including business services, infocommunication and R&D which holds the promise of well-paid jobs for skilled labor on a mass scale.

Incentivizing the economy through the above-mentioned projects follows the logic of balanced geographic distribution in Hungary. Although the primary status of the Budapest region is unrivaled, at least two new large projects were brought to every county of the country, except for a single one. Four counties welcomed six projects each, whereas three projects each were launched in up to eight counties. Szabolcs-Szatmár-Bereg, not a among the leaders in FDI/capity, finished third in this respect which is a particularly pleasant development.

Besides, 2021 was the first full year investors could rely on the new training subsidy program initially launched in 2020 of which implementation was fully managed by HIPA. Twenty-five different agreements with companies were made under which 14,841 employees will be trained.

HIPA's supplier development programs meant to put local SMEs in the driver's seat will be also remembered for producing great statistics. HIPA recommended close to 2,700 SMEs to international integrator companies, so hopefully many local stakeholders can get integrated into the international value chain and can prove what they have to offer as suppliers.