A waterfowl further processing unit will be added to the plant in Mélykút, and efficiency boosting investments will be carried out by Hunent Víziszárnyas Feldolgozó Zrt. in value of HUF 6.5 billion. As a result, capacity is set to go up significantly, and export sales are bound to fly high.

The Hungarian food industry, which is of strategic importance, is going to be enriched by yet another technology intensive investment. Hunent Zrt., a business in sole Hungarian ownership, is member of one of Hungary's top waterfowl producing and selling corporate groups, Bács-Tak Group, and it has 150 years of tradition. The company plans to execute its newly announced developments until November 2023.

Currently some 10 to 11 million joint ducks and around 300,000-400,000 geese per year are processed by Hunent Zrt. Due to the capacity increase by the new waterfowl further processing plant unit, the yearly output of fried, cured and marinated products should go from 700 tons to over 1,200 tons; moreover, production volume of primarily produced products (that are packaged raw, or sold cooled or frozen) should soar by 10%. Besides, new automation boosting equipment will give further impetus to productivity.

Up to 75% of the total production volume is already delivered for export which ratio is expected to grow by 5-10% thanks to the investment. Thus, it is planned that ever more waterfowl would find its way to foreign markets, mainly onto the shelves of German and English stores.

The investment announced now is the continuation of a greenfield project launched in 2017 that united all slaughtering, processing and storing capacities, and allowed to establish a state-of-the-art waterfowl processing plant in Mélykút. 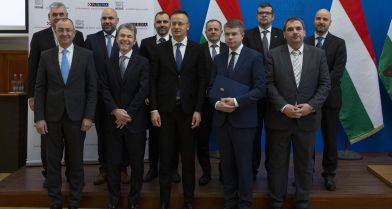 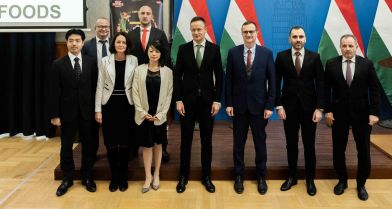 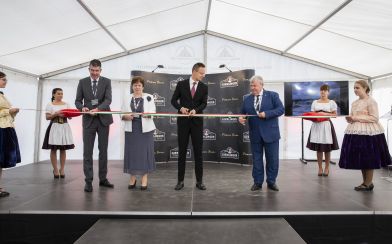 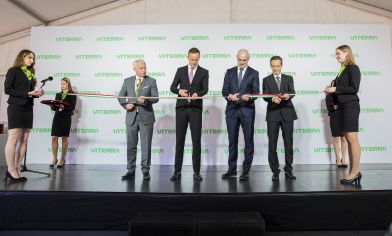